What is PCB Tombstone?

(1) Both ends of MLCC cannot be melted at the same time;

(2) The pad design is unreasonable. According to the mechanical mechanism, it is proposed to keep the surface of the MLCC clean, pay attention to the reasonable pad design, avoid the weakening of the solder paste activity, and ensure that the MLCC melts at both ends. This measure can effectively prevent the tombstone phenomenon and has achieved good results in actual production.

Before welding, the two ends of the chip Multi-layer Ceramic Capacitors (MLCC) are temporarily positioned with solder paste and board pads. When the welding is successfully completed, they become part of the assembled circuit board. Once the two ends are unevenly wetted when melting tin, the uneven surface tension generated on the two ends will cause one of the ends to slide off the substrate, or the entire MLCC will rise or even stand up. It looks like a tombstone, usually called a tombstone phenomenon, and sometimes called a suspension bridge phenomenon. This phenomenon directly affects the quality and reliability of the printed circuit board and the whole machine. At the same time, it will increase the manufacturer’s repair rate and increase the cost.

Analysis of the cause of the tombstone phenomenon

The solder paste of each solder joint failed to melt at the same time, resulting in uneven solder adhesion of the solder joints, and the cases of MLCC movement can be divided into the following three categories.

The placement head of the automatically correct placement machine place the MLCC (such as four per second) quickly in the process of printing solder paste pads, the board surface and placement head will move quickly according to the X and Y coordinates given by the program. And finding the position and place the MLCC on the pad. At this time, although the X and Y coordinates of the center position of the MLCC are correct, the MLCC may be offset by the angle θ due to unevenness of the pad or sliding of the solder paste when placed on the pad during the instant or after the transfer. Subsequently, due to the simultaneous melting of the two solder joints, the uniform tin-dipping force that appears will pull the MLCC back to the correct position (Figure 1). This situation is a more common type of MLCC in the SMT process. 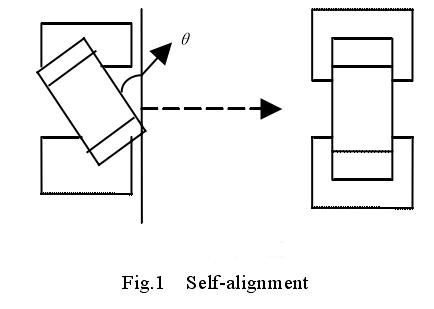 At present, the new generation of placement machines can not only monitor the correctness of the X and Y coordinates, but also correct the θ angle. In addition to the smoothness of the conveyor belt, the deflection before welding has been greatly reduced.

When the two solder joints fail to melt at the same time, or the tin-dipping forces at the two points differs greatly, the tin-dipping forces on one of the solder pads will pull the MLCC more diagonally, as in the case of Figure 2, called Skewing. Sometimes, although it is pulled straight, it is completely pulled towards itself, resulting in a virtual welding at one end as show in Figure 3. 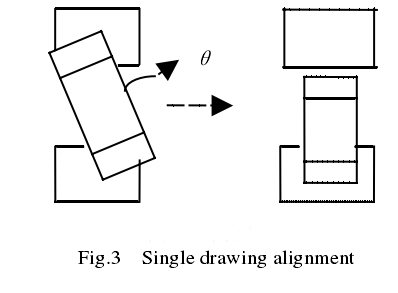 When the MLCC (especially the small ones) have very different tin-dipping forces at both ends, this surface tension will erect the MLCC and form a tombstone phenomenon.

Measures to prevent the formation of tombstone phenomenon

1.Simultaneous welding at both ends

Try to carry out welding as quickly as possible to reduce the difference in melting between the two ends. Avoid one end of welding is mature, while the other end is still in the unmelted stage (see Figure 4). This will most likely be pulled up by the surface tension and tin dip force at the other end (see Figure 5). 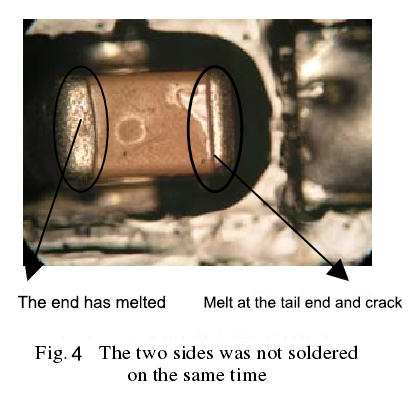 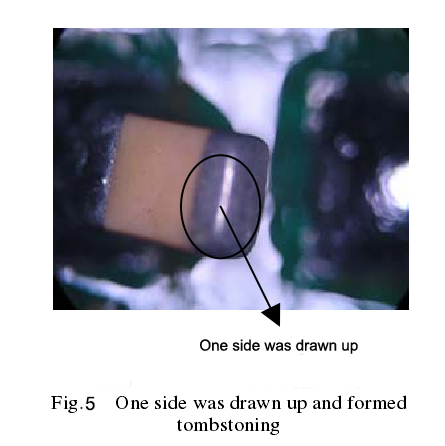 (1) The length of the welding must be as wide as possible, and the overlapping length of the MLCC metal end and the solder pad should be at least 0.3 mm.

(2) The length of the pad space must be as small as possible, as long as it can be filled with tin. Generally, the remaining length should not exceed 0.5 mm. If the room has to be lengthened in order to test the needs of the probe, the shrinkage of the printing surface is considered in advance.

(3) The width of the pad itself should not be too wide, and its reasonable width should not exceed 0.25 mm when compared with MLCC.

Solder paste is a relatively sensitive soldering material. Contamination, oxidation or moisture absorption will cause different degrees of deterioration. The deterioration of solder paste will affect the printing effect. More serious will cause welding defects such as tombstone effect, so it should be pay attention to the following points during the process:

(2) The solder paste that has just been taken out of the refrigerator is lower than the ambient temperature. Do not open it immediately to prevent moisture in the air from condensing in the solder paste. It should generally be used after reaching room temperature.

(3) The solder paste should be fully stirred before use before use.

(4) The unused solder paste remaining in the tank should be covered with inner and outer covers, and should not be exposed to air to avoid moisture absorption and oxidation.

(5) After the work is completed, the remaining tin on the steel mesh is filled into an empty can for the next use, and the used solder paste must not be returned to the unused solder paste, otherwise it will be contaminated and make the fresh solder paste deteriorate.

(6) The solder paste printing process should be far away from the frequently opened doors and windows, so that its working temperature is stable, so as not to cause local environmental changes caused by outside air.

4.If the surface of the MLCC is contaminated, it will cause poor wetting and cause tombstone phenomenon. Therefore, both MLCC manufacturers and users need to take anti-fouling measures. Figures 6 and 7 show the typical wetting curves of the MLCC at one end surface contaminated and uncontaminated (measuring instrument MULTICORE MUST SYSTEM II). 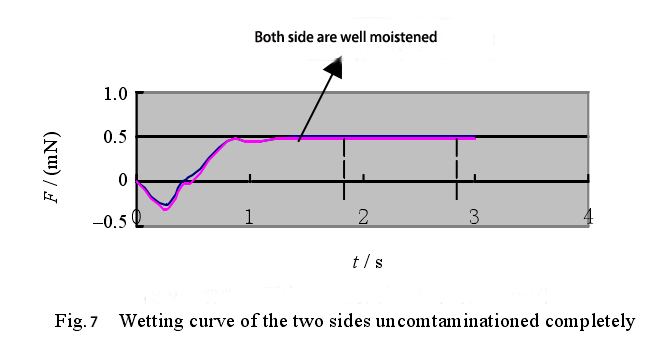