What PCB Antipad Size Should You Use? PCB design software will do something interesting once you place a via to make a route through a plane layer. The routing engine will automatically apply some clearance around the via wall to the plane, and this clearance can be set in your PCB design rules. This clearance, called an antipad, leaves an opening around the via in the plane or copper pour. One question that is important in terms of signal integrity and manufacturability is how big the antipad in a PCB should be.

This is not usually a routing rule a designer might consider unless they are doing something very intentional with RF design, or they are routing differential pairs that require a specific impedance. Other than these two instances, a designer might not change the antipad size from the default settings in the design rules. In this article, we’ll look at when you should make this change and how large you should make the antipads in a PCB to ensure manufacturability in different situations.

Which PCB Antipad Size to Use?

An antipad in a PCB is easy to spot. When a via is routed through a plane layer or through copper pour, some clearance is needed between the via wall and the copper. This region is called an antipad, and it appears as a blank region around the via in a PCB layout. In the example below, we have some differential pairs being routed into vias; the anti-pad is clearly visible. 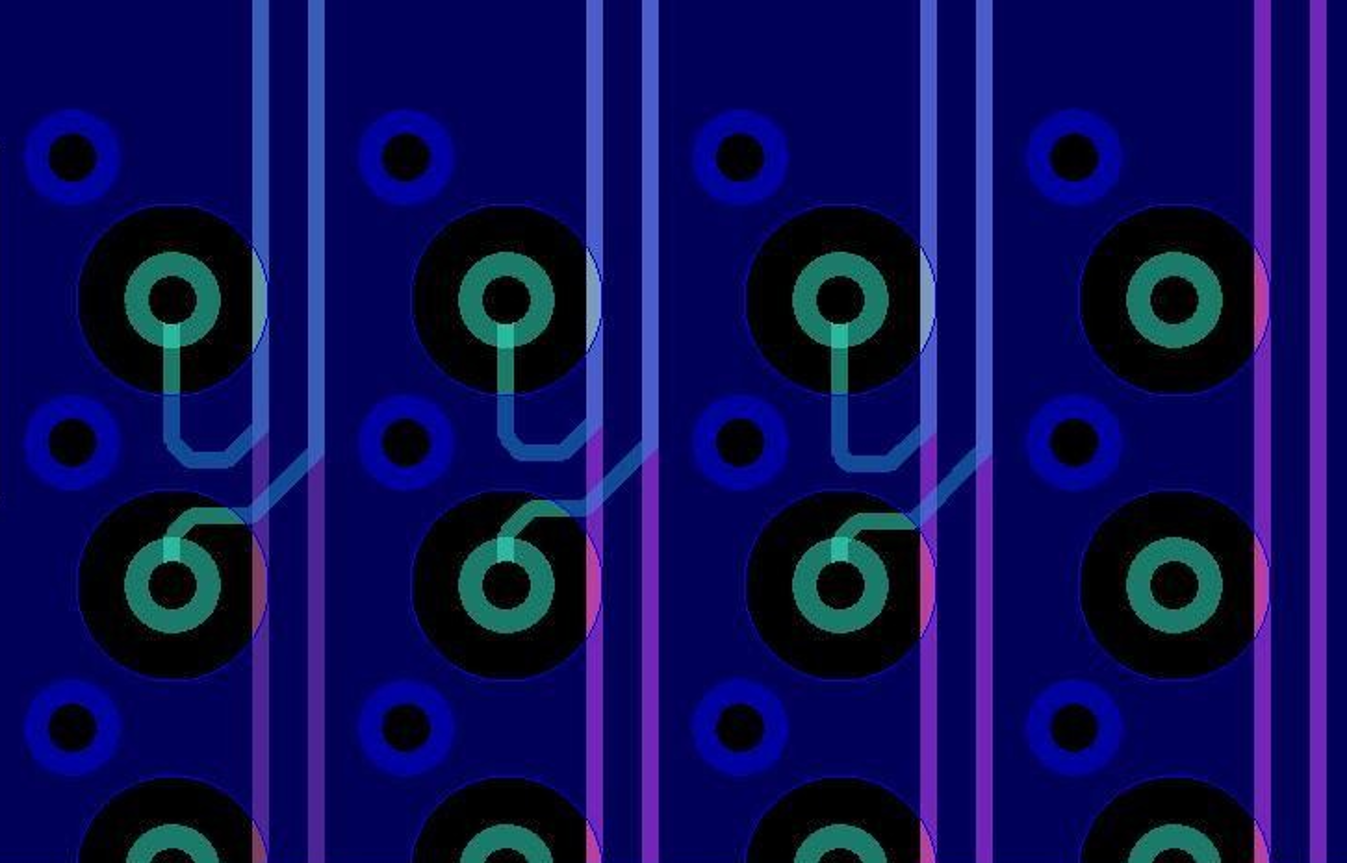 Antipads don’t need to have a specific size, but they do need to have some minimum size. There are several factors that can be used to size an antipad in a plane layer or copper pour region. The antipad size can be considered from three possible perspectives.

As a designer, your job is to balance these competing objectives to ensure your board will be manufacturable and have the required electrical performance.

For manufacturability, the antipad diameter needs to be sized at minimum slightly larger than the pad diameter. The reason has to do with annular rings and breakout that occur when drilling a through-hole via. If breakout occurs, and the antipad is too small, then the plating process will cause the via wall to plate onto the plane and create a short circuit. The board might pass visual inspection, but it would fail electrical inspection, assuming you designated that net as a fabrication testpoint.

Insufficient spacing between the plated hole wall and the nearby copper creates an opportunity for shorts during plating.

One possible lower limit would be to size the antipad radius to be 1 mil larger than the pad radius. However, most designers should be much more conservative due to annular ring breakout that can occur during drilling. If you account for a 90 degree annular ring breakout allowance under IPC-6012, then you would want to set the minimum antipad radius to be at least 4 mils larger than the pad size, depending on the drill diameter. Larger drill diameters will require larger antipads to account for 90 degree breakout.

The other important routing aspect to consider is how antipads will affect routing density. In low layer count boards, it’s common to route in copper pour to save space. When a via passes through copper pour, the same consideration applies if passing through a plane: an antipad is needed around the via wall. If the antipad size is larger, then a smaller clearance might be needed to make room for nearby traces on the same layer as the copper pour.

If you aren’t working with an HDI design or high pin-count components, then you most likely will only need to worry about routing density when routing into/out of a BGA or other fine-pitch component. Otherwise, you should follow the same manufacturability rules as listed above; apply enough clearance to ensure a short si not created during plating if there is breakout in the annular ring.

If you followed best DFM guidelines, you will have sized the pad on your vias to be large enough to have the minimum required annular ring. Make sure to allow some additional clearance beyond the annular ring size, especially if there is breakout. The typical recommendation is to set at least 10 mil clearance, as shown below.