What Are Ferrite Cores Used for on Cables? The next time you plug in a laptop charger, take a closer look at the cable end of the device. Odds are, there is something there that you have seen a thousand times without giving it a further thought: a ferrite core.

Also known as ferrite beads or chokes, ferrite cores are nondescript cylinders that play an important role in EMI management. Ferrite cores are found in many places; most layout engineers encounter them as SMD packages around power rails in regulator circuitry. While they have many applications, this article will focus on what ferrite cores are used for on cables.

The role of a ferrite core is one of EMI protection; it can offer protection to and from the device in question by acting as a low pass filter. Most designers have some innate familiarity with lowpass filter design even if they are unaware of the function; a simple RC circuit provides a passive low pass filtering capability. Although there are many different types of low pass filter orientations, the series RC configuration with the output measured across the capacitor provides an excellent jumping-off point to describe the overall functionality of a ferrite core.

Remember, most importantly: capacitors function as opens at low frequencies and shorts at high frequencies. By Kirchoff’s voltage law, the drop across both components must sum to the total voltage in the loop. Does the voltage drop depend on the value of either component? The answer is to a point, yes, but assume that the resistor and capacitor values are set and the only variable is frequency. Recall that capacitors and inductors have an imaginary number counterpart to the real number resistance; this is known as the reactance, or, in this case, the capacitive reactance. Resistance and reactance are summed up as vectors to get the impedance.

The RC Circuit as a Voltage Divider

Using impedance, the RC circuit can be approached as a voltage divider. For a quick conceptual evaluation, there is no need for derivations equation substitutions or even number values, but know that the reactance term will increase at lower frequencies and decrease at higher frequencies. In essence, the reactance term of impedance will dominate below a certain cutoff frequency, whereby the capacitor functions as an open, and the resistance term of impedance will dominate above that same frequency, whereby the capacitor functions as a short.

Once again, the low pass filter can come in many forms–the series RC circuit is just one of many configurations. The ferrite bead, in fact, can be thought of as representing a nonidealized inductor, but that is not incredibly helpful. After all, every inductor in the real world is nonidealized! Similar to the capacitor outlined above, a nonidealized inductor’s impedance is influenced by its resistance and inductive reactance. Just as in the above RC model, there is a series circuit, but this time it is RL with the output taken across the resistor. The inductor functions opposite to the capacitor in terms of frequency: it acts as a short at low frequencies and an open at high frequencies. Therefore, at low frequencies, the current has no issue flowing through the circuit, but once it reaches the cutoff frequency and above, the inductor more closely resembles a short. In this way, the function of the ferrite bead, though a different circuit configuration, mirrors all of the above information of the RC low pass filter. 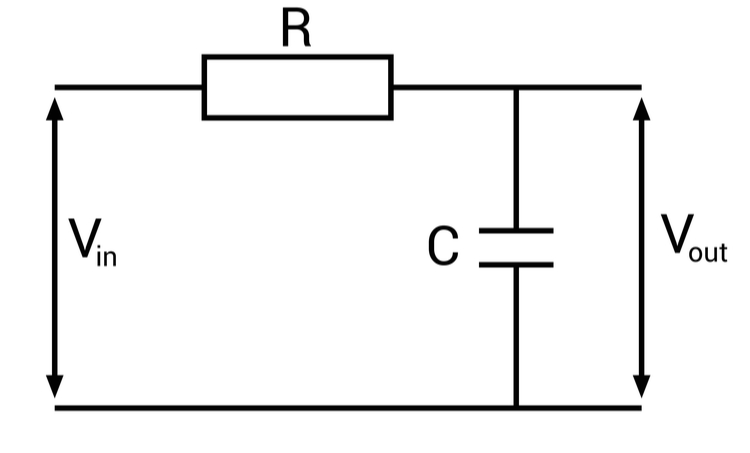 An RC low pass filter–note that voltage is measured across the capacitor, not the resistor

What Are Ferrite Cores Used for on Cables?

So, what exactly are ferrite cores used for on cables? The ferrite core was related to a series RL circuit; it can be accurately modeled as a low pass filter when the output is measured across the resistor. However, this describes the basic function of an inductor. The ferrite core and inductor differ in how they handle energy.

An inductor stores magnetic energy, analogous to a capacitor that stores electrical energy. A ferrite bead is uninterested in energy storage–it is designed to dissipate energy as heat. What is the reason for the inefficiency? Magnetic energy stored in inductive coils can interact with parasitic capacitance elsewhere in the circuit and cause ringing, something that is of dire importance to avoid in things such as power lines and cable interfaces. In effect, the ferrite core reduces the EMI to and from devices, preventing the cable from transmitting RF signals or receiving RF signals. 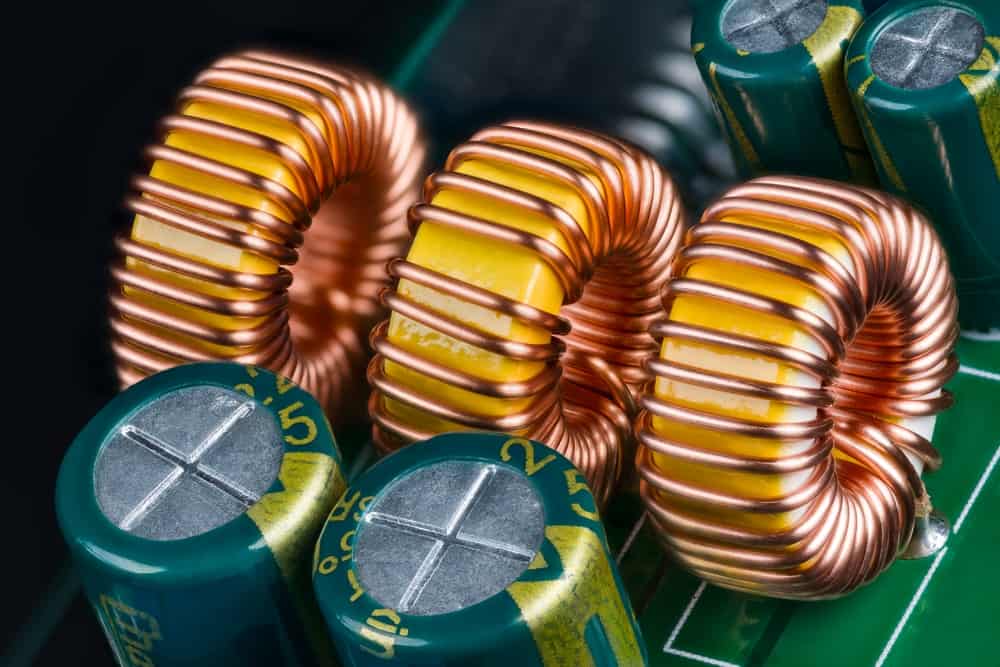 The question of what ferrite cores are used for on cables boils down, as many things do, to an EMI solution. For further embedded solutions for EMI/EMC problems, Cadence offers a robust suite of PCB design and analysis software. To further filter design and specifications, PSpice provides the tools to quickly generate and analyze circuit characteristics.