What is the Gold Finger?

Gold finger is the connector at the edge of boards. It is similar to fingers, so we called gold finger, please see the following pictures. It is used to protect the printed circuit board prototypes from wear and tear. 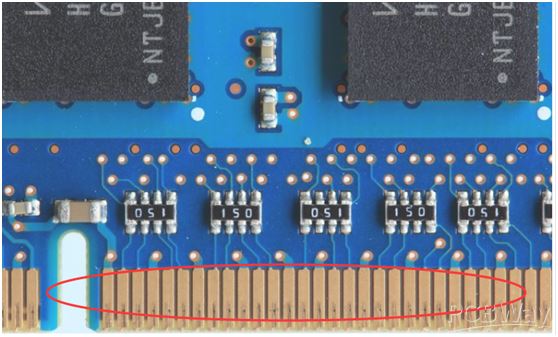 The surface treatment of the gold finger PCB

When you see a shape and package similar to the one shown below in the PCB design, the first reaction is that the board has gold finger. A simpler method for judging the golden finger: the TOP and BOTTOM sides of the device both have PIN devices and there will be a u-shape groove as shown below.

When there are gold fingers on the board, it is necessary to handle well the details of the gold finger.

1) For PCB boards that need to be inserted and removed frequently, gold fingers usually need to be plated with hard gold in order to increase the wear resistance of gold fingers.

3) The gold finger needs to do a whole piece of solder mask window treatment, and the PIN does not need to open the steel mesh;

4) Immersion tin and immersion silver pad need a minimum distance of 14 mil from the tip of the finger. It is recommended that the pad be 1 mm or more away from the finger position, including the via pad;

5) Do not lay copper on the surface of the gold finger.

The picture below shows the design of gold finger for reference:

1. The plate with a thickness of 1.2-2.4m can be treated obliquely. Not in this plate thickness range cannot be processed obliquely.

The following are several common oblique angle and depth diagrams for your reference: 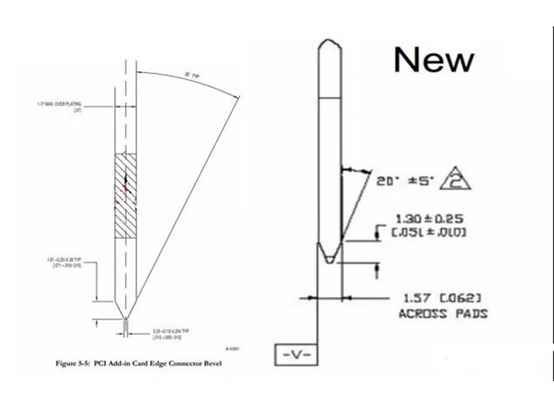 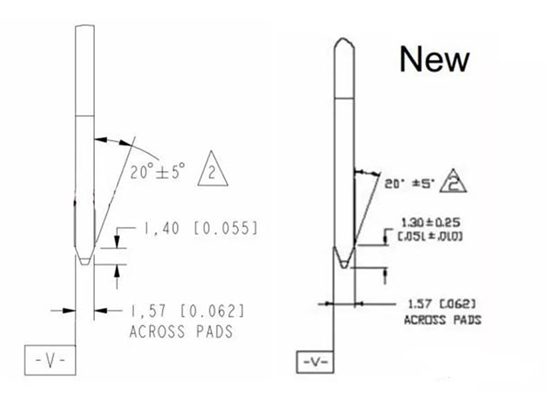 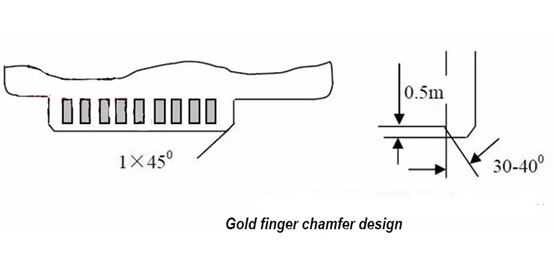